My family doesn’t have a lot of money. When I was a kid our family vacations were a long weekend away to the beach or mountains, not more than 4 or 5 hours from home. At 12 years old I had visited 4 states (including the one I lived in) and had never been on a plane. I had no idea that that year I would been given a life-changing opportunity.

I grew up in a small town in central North Carolina. My parents grew up in central North Carolina, and so did their parents. This is how things are in small town, USA: people don’t really leave. When I was 10, I moved from the small town I grew up in (that my dad grew up in, and his parents, and their parents…) to the middle of nowhere about 20 minutes away. We didn’t even leave the county. Neither of my parents had been abroad (now my dad has visited Mexico once on a day trip, before passports were required for US citizens) and my grandfather was stationed in Guam with the Army Air Corps in WWII, but that about sums up international travel in my family. Basically, we are small-town folks.

One day, when I was in 7th grade, I got a letter in the mail. I had been offered an opportunity to be a student ambassador with the People to People program, founded by President Dwight D Eisenhower in 1956. The program I was invited to participate in took 12-14 year-olds to England, Ireland, and Wales for 20 days over the summer. My parents were ecstatic. After a brief (and terrifying; I have suffered from social anxiety for a long time) interview process I was accepted into the program.

Over the course of about 9 months, I attended monthly meetings with the other kids participating in the program, and our parents, of course. We learned about cultural differences, what we would get to experience in the program, etc. We were also encouraged to fundraise–while the program was government-run it was not free. I did my best, but begging for money has never been something I’m good at, so my parents ended up taking on most of the cost (thanks, Mom and Dad!).

In June after 7th grade, I packed my bags and my parents drove me to the airport. Security was pretty tight as this was only a few years after 9/11, so we said goodbye outside of security. And I was on my way to another continent with 4 adults and about 20 other kids, none of whom I really knew. 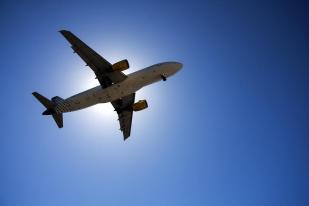 After an overnight flight that I was way too excited to sleep on, we landed around 7-8am GMT and hit the ground running. The whole first day was spent sightseeing, with no time to rest. Despite not drinking coffee, I was wide awake all day. Everything was so similar to life at home in North Carolina, but so different. At times I’d forget I was on another continent, then I’d see another castle (we just don’t have those in the US) or a building twice as old as my homeland. Obviously everyone in England speaks English, so that wasn’t a barrier, but there are diffences nonetheless. 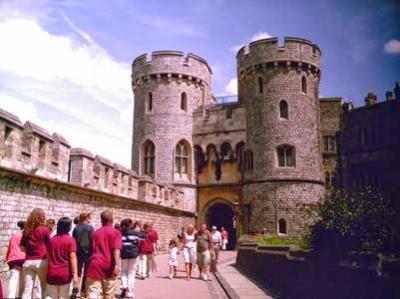 While I did get more sleep than the first day, the rest of the trip was just as fast-paced and exciting as the first. We spent the first few days in England, the next few in Wales, a week in Ireland, then reversed: back to Wales, and to England again. It was a whirlwind. I think I called my parents once (this was before smart phones!). I had found the thing I loved more than anything else. And about 11 years later I still haven’t found anything that tops traveling in my book.

The UK wowed me with castles and culture, Ireland blew me away with endless green scenery (and more castles), but my favorite part of my trip were the last few days, which were spent in London. I had never been to a city even close to that size, and the fast pace, the culture, the diversity of a big city thrilled me. We saw the tower of London, Big Ben, rode the London Eye, took in a show, but the best part was just absorbing everything. Even in July the rain made it chilly enough everyone stopped for hot drinks midday (okay, mine was hot chocolate, I still don’t like coffee or tea). I loved just watching everyday people going about their everyday lives, whose lives were different than mine.

I still love it. After that trip, I decided I was going to move to Ireland one day. And while my dreams have gotten less specific, I still plan to live abroad. Maybe it will be Ireland, maybe it will be Stokholm, or Lucknow, or Rio de Janeiro. Maybe it will be all of those places and more. I’ll let you know when I get there.

One thought on “How I fell In Love with Traveling”