A few Saturdays ago, my husband and I were hanging out in our pajamas and looking through a local radio station’s list of local weekend events. “Oktoberfest with…” I giggled “wiener dog races.” Scrolling with my thumb, I looked over the list. “International Food and Music Festival!” I poked my husband “And it’s free!” After finishing up my blog post (“Sweet Baked Chicken” in case you were wondering) we threw on some clothes and headed out. 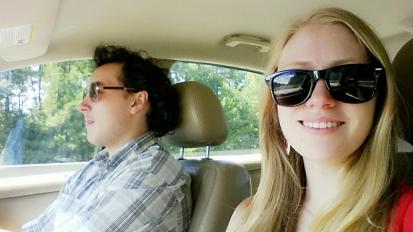 “Where are we?” I asked about half an hour later.

As we reached the main stretch of town, we knew we were in the right place. Cars lined the street and several hundred (if not a few thousand) people were gathered in the town square. After driving around for a few minutes we found street parking less than a 5 minute walk from the festival. 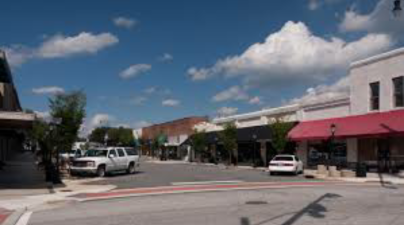 Live music was being played on the left and a temporary rock wall, inflatable bouncy castle, and various other carnival games were spread out to the right, with about a dozen food stalls in the middle. Each stall represented a different country. Honduras, El Salvador, The Dominican Republic, Guatemala, Mexico, Ireland, Poland, the Philippines, and Louisiana were all represented. We walked from stall to stall, practically drooling, and tried to decide where to eat.

“Let’s just get it all.” My husband suggested. Instead of paying with cash, tickets were purchased at the entrance and food cost anywhere from 1 to 8 tickets. Pulling out a $20 bill, my husband bought 20 tickets and we headed back to the food stalls. 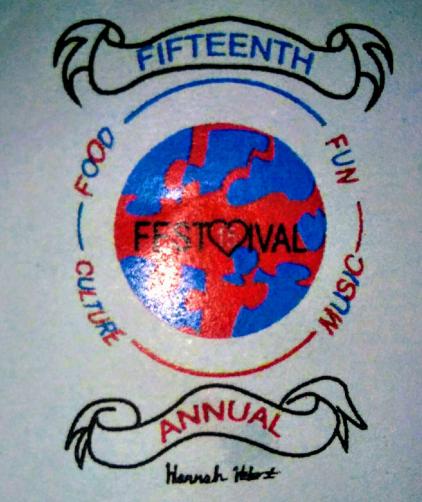 “Where do you want to go first?”

“Hmm…” I thought for a moment, overwhelmed by my options. “The Philippines” I decided. So we headed to the Filipino booth for some barbeque chicken.

“Three tickets please” The attendant said, and we dropped 3 tickets into a bright red box. She handed us a shish kabob with mouth-wateringly delicious looking chicken skewered on it. We moved into the shade, because despite being mid-September it was probably creeping up towards 90F and the sun was beating down on us. The chicken was heavenly. We devoured it in record time, and moved on to the next stall. 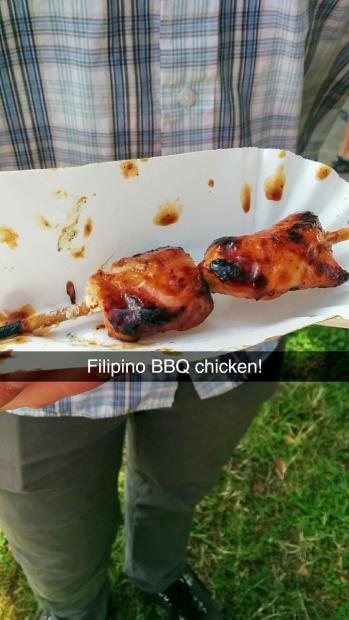 Our next stop was Poland for vegetarian pierogi, followed by plantains from Honduras, and veggie tamales from Guatemala. The sun was still beating down, so we went over to the boy scout’s tent for a bottle of water. A polite young man gave us an icy cold bottle of water for 2 tickets. We took turns gulping it down before returning to the food. After getting chicken and rice from the Dominican Republic, we decided it was time for dessert, so we picked up some Irish cream fudge from Ireland. 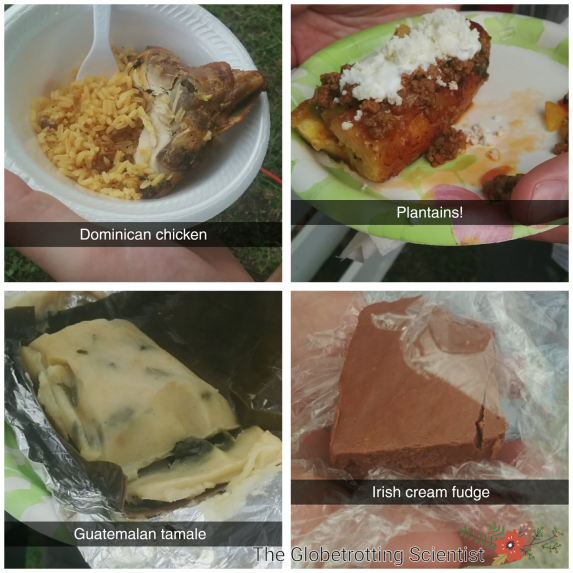 Standing in the shade near the Irish booth, devouring our fudge, I wondered aloud “Why isn’t there an Indian booth? There’s a huge South Asian population in this area.” Then it hit me: “Theses are all Catholic countries”

“What? No.” My husband countered.

“What about the Philippines?”

“I think they’re Christian too!” (They are, I looked it up.) “And I guess Louisiana too…” I looked at the map of the festival the smiling middle-aged woman at the entrance had given us. It said “Saint Eugene Catholic Church presents their 15th Annual International Food & Music Festival.”

“Perhaps the booths are run by church members” my husband suggested. 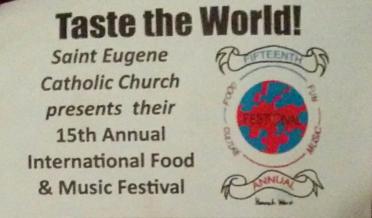 Having spent the last of our tickets, we headed back to the car. We drove away from little Wendell, NC with full bellies, and discussions about how far Catholicism has spread, and different the cultures it has touched are. Even only including Catholic countries, this international festival incorporated so much diversity in culture and food. It was an interesting lens through which to see the international community in our area.