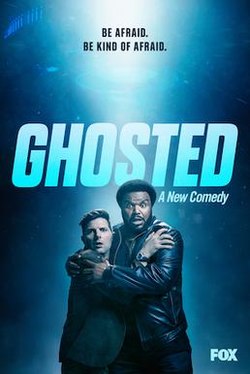 I have to say, I genuinely enjoyed the first (and only) season of the Fox show, Ghosted.  The concept was really cool: a sit-com style show with supernatural/sci-fi elements.  The casting was good and the concept was unique, unfortunately, the writing left something to be desired.  There were some story lines that felt as though they were not resolved, but hastily balled up and shoved in a drawer, leaving the reader asking questions.  These unresolved questions didn’t feel like cliffhangers, but as though the conclusion was scribbled out at the last minute.

All-in-all, I can’t say I’m surprised the show was canceled.  I’m disappointed, as I certainly would have watched a second season, if for nothing else to see if they resolved some of my unanswered questions.  Perhaps it will be picked up again by a different team of writers, only time will tell.

Have you seen Ghosted?  What did you think?  Would you recommend it?  I am being to hard on the writing team?  Give it a watch and let me know what you think!  Season 1 is streaming on Hulu.